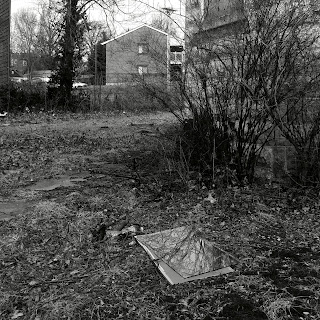 
" At one point in my career as mystified, my mentor Christopher McDill suggested I obtain and use "real" acoustic instruments. I agreed to try, and over the next few years I purchased and recorded various trombones, a didgeridoo, a selection of flutes and other instruments.
Acoustic drones quickly became a mainstay for mystified. Many became quite successful, such as the "Bone Drone" series on Webbed Hand Records. It became kind of a running joke that I could make cool drones out of anything.
All of that was years ago. A few weeks ago I was listening to some old drones from my archival hard drive, expecting to be underwhelmed. Rather, I was very pleased. A lot of the material held up better than I expected.
That being said, I present to you, "Savage Classic Drones". I am not going to identify the tracks, or provide any more information. Suffice it to say, here are 2 mixes of tracks, from mystified's signature acoustic drone phase. "
Thomas Jackson Park 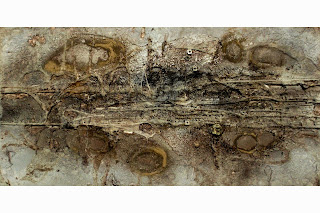 
" I have long been fascinated by the mechanised sculptures of the Swiss artist, Jean Tinguely. I would sometimes encounter his works at modern art museums, but they were rarely in working order. Many of his mechanised pieces self-destructed, or require frequent expert maintenance. Finally, I was able to visit the Tinguely Museum in Basel, which had a staggering collection of his works on 2 spacious floors, with all mechanical pieces in full working order. The recordings I made of them form the source material for my Ritual For Jean Tinguely. The sounds are sometimes manipulated drastically, sometimes minimally. I also used some shortwave radio sounds as material. Some of Tinguely's later works struck me as meditations on death and the afterlife, and I hope this comes across in the piece.
It was a beautiful June day when I walked through the park that leads you to the museum. I was quite surprised when a large (about 4ft.) pink helium balloon passed slightly above my head and headed purposefully towards the museum. It was heading for the entrance when it was caught by Tinguely's mechanised fountain that stands outside the museum. The motorised arm slowly pounded the balloon down into the water, until it finally burst. I had the strong impression that the spirit of Jean Tinguely was there! "
Michael Prime, April 2019 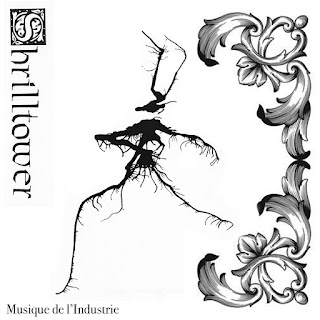 
Karl J. Palouček has been a member of Boy Dirt Car, alongside Eric Lunde. Before doing excellent solo music, he was also involved in Shrilltower duo, that was part of The Happiest Place/Tapes On Earth "team".
"Musique De L'Industrie" contains unreleased recordings from 1990.
Track 1 recorded live at an undisclosed location, 30 Dec. 1990.
Track 2 recorded in Shrilltower rehearsal space not long before it burned, probably late 1990.
Track 3 recorded mid-1990 at Breezeway Studios, Waukesha, Wisconsin.

Nux Vomica - A Single Thread Of Sound From The Woven Tumult 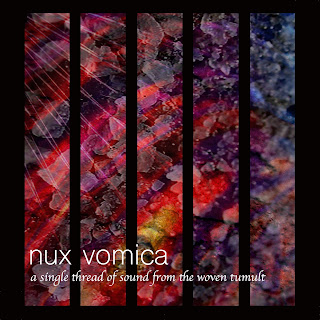