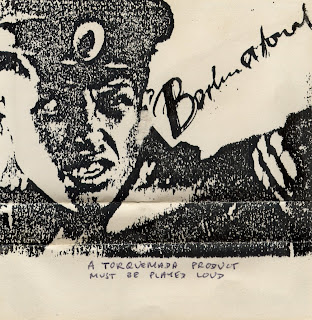 
"Berlin Atonal" festival has become mythic in the odyssey of 80s industrial & post-industrial musics. Unfortunately, I've not found anywhere a detailed history of the festival, except in an old interview (1985) of the festival organizers (Dimitri Leningrad & Adi Atonal) published in french magazine Hello Happy Taxpayers #4/5 (see below).
The festival began in 1982 and ended in 1990. The first edition took place at SO36 on 26-28 november 1982 with only Berlin bands : Einstürzende Neubauten, Sprung Aus Den Wolken, Die Haut, Notorische Reflexe, etc. In december 1983, the second edition featured international artists such as Psychic TV and Z'EV. Berlin Atonal 3 took place in february 1985 ; the cassette uploaded here contains recordings from that third edition. The festival occured until 1990 but the history of the second decade is obscure to me... In 1999, a new edition was organized during several days, but was it the last and least ? Anyone more info ?
Amongst the many artists who performed live in Berlin Atonal, let's mention Einstürzende Neubauten (for the first and last edition, in 1982 and 1999), Etant Donnés, Laibach, Malaria!, Non Toxique Lost, Psychic TV, Test Dept., Z'EV, Zos Kia...
A record label named Atonal Records was also created, releasing vinyls and CDs, some of these being live recordings from the festival.

"Berlin Atonal 85" cassette is an unofficial release featuring excerpts from the concerts recorded during the Berlin Atonal festival, February 17-18 1985. That cassette was sold by french magazine Hello Happy Taxpayers #4/5, that also contained an interesting interview of Berlin Atonal organizers (see below).
All the bands here are "celebrities" needing no introduction, except Art Deco, a band from Budapest (Hungary) ; they have a discreet page on the Web but it doesn't help much. I'd love to hear more from/about them... And thank to Phoenix Hairpins, those who don't know Zahgurim can download their excellent Moral Rearmament LP ! 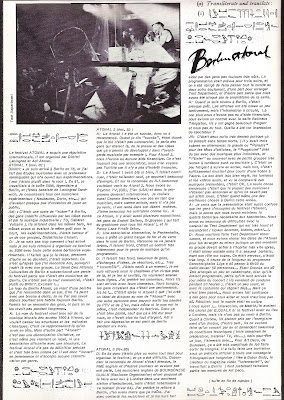 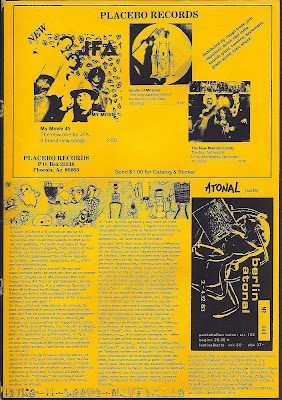 fabulous post!
Thank you. And thank you to hht for their essential fanzine. For me it was and is the best fanzine in france (17 years after they stopped the adventure)

Awesome. Nice post. Some fabulous recordings have come from the Berlin Atonal.

the '99 atonal was organized by another person, who just borrrowed the name, so the last 'original' atonal was that one in, i think it was '89, when greater than one played.

i was to organize a new atonal festival in 2008 but agreed with the original founder there will be another, bigger and more devoted to today's sounds - atonal event in which i'll be involved too.

the earlier planned festival however will still take place, much more in the vein of the original 80s atonal events feat. sutcliffe jugend, and many more!

ty,
do you have anything by eisengrau?

Really complete article!!! This festival is really unique in Europe with a really special vibe!