Life Garden - So I Painted My Hands Orange 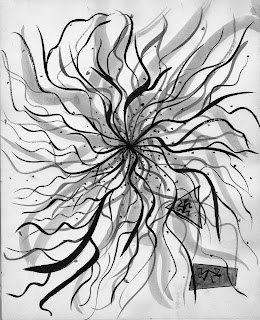 
Life Garden was formed in 1989 from the ashes of Maybe Mental whose two core members were David and Su Ling Oliphant. They invited poet George Dillon to the group, but tragically he passed away by the time when they released their debut album "Caught Between The Tapestry Of Silence & Beauty".
"So I Painted My Hands Orange" was recorded on January 19th 1991 at the 3rd Street Theatre in Phoenix (Arizona) as part of Peter Ragan's "Terminal Monsoon Serinade".
It was George Dillon's last performance.

Thank you very much. Life Garden was one of those high quality acts that never gained traction and then disappeared without a whimper.